Still photos and text can only do so much but when we actually show students moving around in a building, and how people use various spaces in a school, it has a better way of visually communicates your needs. We have worked with many different school districts and have the experience to do a full analysis of your school district’s referendum project and develop a comprehensive video production plan to target the right messaging around your audience. We have a strong track record of producing referendum videos that get winning votes in the community.

Throughout this blog post, we have provided various examples of our school district referendum video production work. The series of videos above were produced for Maine Township High School District 207. For this project, we produced a main overview video and videos that focused on certain topics. Those topical videos were distributed on social media and the school district’s website. The main overview referendum video was shown at board meetings, community meetings and was also on the school district’s website page about the referendum. After this video series was developed, the $195 million bond referendum passed.

Hinsdale Township High School District 86 hired us to create this video for their referendum campaign. After this video was created and distributed throughout the community,they passed a $140 million referendum.


As part of an initial exploratory phase, Community Consolidated School District 15 hired us to produce a series of videos about its infrastructure and programming to educate their board and community members about existing challenges. We produced a series of videos that focused on different aspects of their overall needs. After watching the videos, the school board was able to provide guidance about what areas to focus on during their next discovery phase. After the videos were shown, the project was given the green light and an additional set of videos were produced to educate community members about their referendum plans.

Voters rejected several referendum attempts for New Trier Township High School District 203, but after the referendum passed, we were hired to produce a video that highlighted the project to educate community members about the importance of the project. While this video was playing to a large community audience, many viewers were moved to tears. 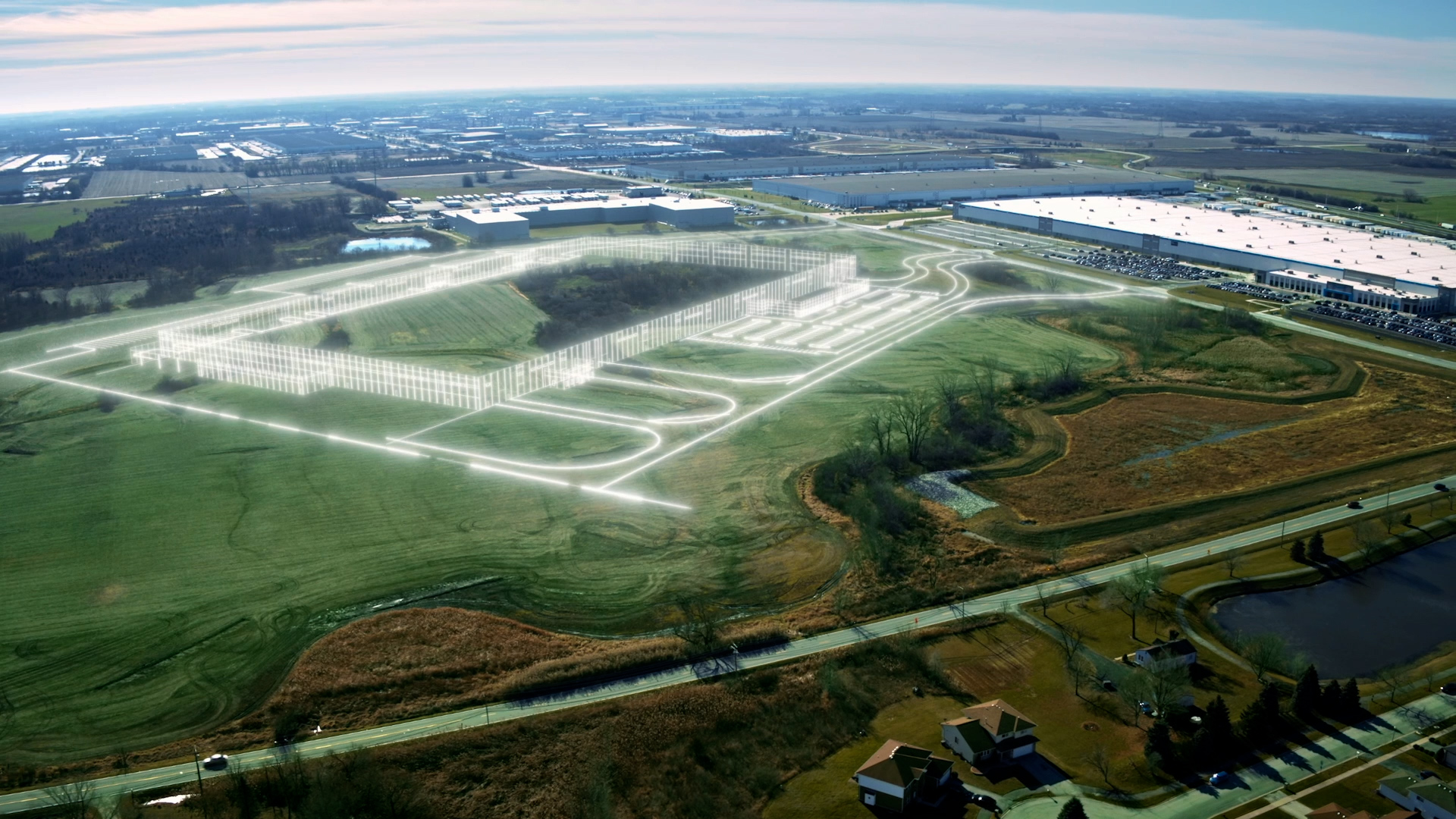 Using the CAD drawings and site plans, we were able to determine the best angles to film the empty lot with the drone. To achieve the desired final result of this video production, we had to find the right day to fly the drone. Wind speeds, lighting, and time of day were all factors for us to consider.

The aerial drone video footage was filmed in a flat picture profile so that we had maximum latitude in post production for color grading and correction. Video footage was captured at various angles and altitudes and with various movements.

Then, using the CAD drawings, we created the building in a 3D space. That building was then overlaid onto the moving aerial drone video footage. Everything was edited to music and exported in HD.

Central Steel and Wire Company is owned by Ryerson. 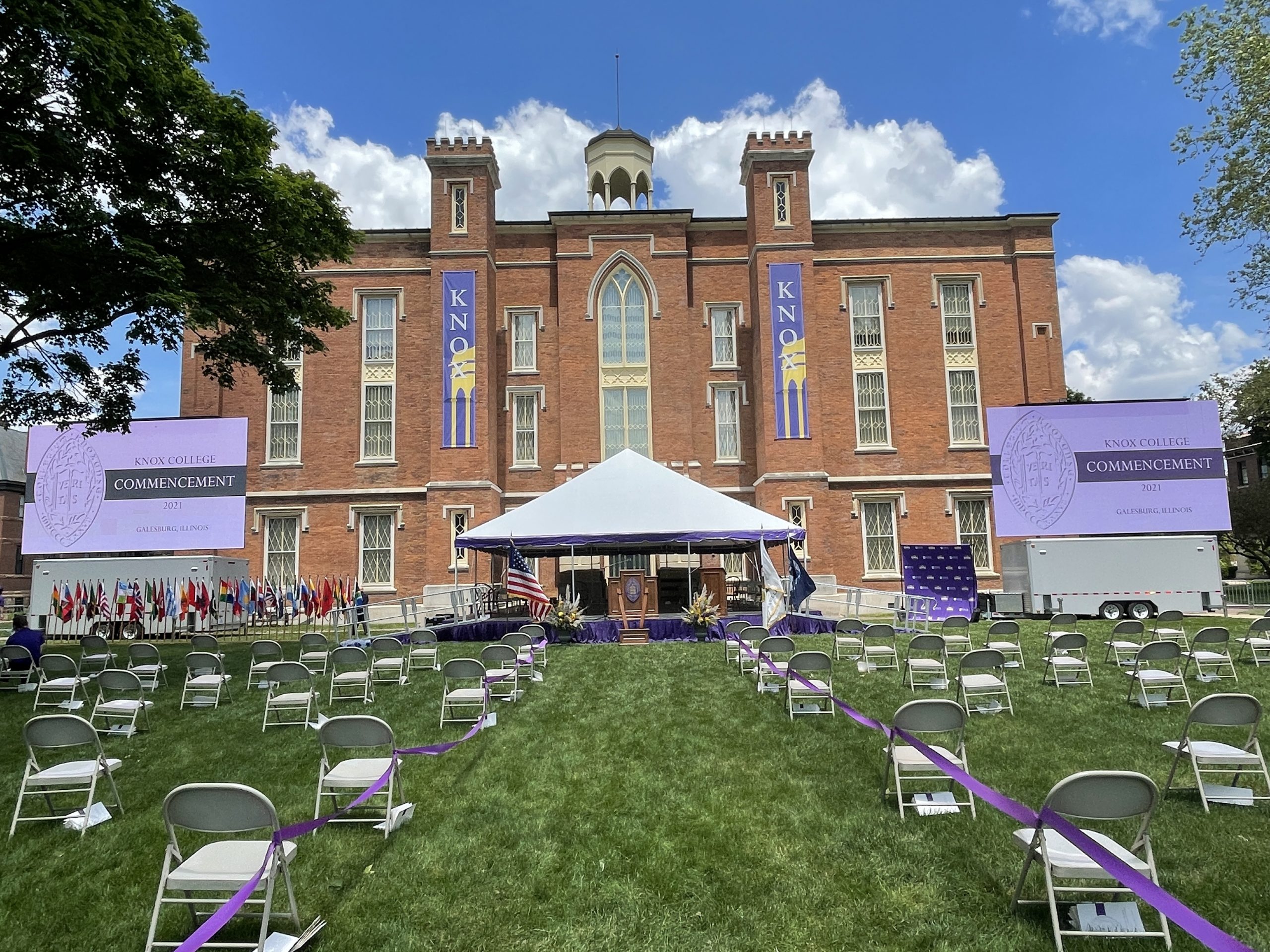 Based in the Chicago suburbs, we are available for graduation and commencement production services throughout the Midwest and the rest of the country.

Livestreaming
Increase your audience size by providing at-home viewers the opportunity to watch your event from anywhere in the world. Family and friends can enjoy your event and interact with other online viewers on any platform. We will livestream a professionally produced show with broadcast quality graphics, music and video with up to 20 cameras from anywhere. Audio
Crystal clear audio is important for audiences of any size. We’ll do a site survey at your venue to assess appropriate coverage and plot speaker delay patterns for large audience sizes. Large LED Walls
Help everyone at your venue can see all the action on the stage. Several LED wall sizes are available, with the largest portable units at 13’x23’, allowing us to move to several locations in the same day, if needed. Graduate Name Graphics
As each graduate goes across the stage to accept their diploma or certificate, their names will appear on screen to give each graduate the recognition they deserve. E-ticketing
Manage venue capacity with our e-ticketing software. Prior to your event, graduates can reserve a pre-determined number of tickets online, request additional tickets, and distribute them to family and friends as needed. E-tickets are scanned on site with any Apple or Android device. Staging
We can provide staging in any dimension or size to fit your venue. Railings, drape, and ADA ramps are all available. For more information about our capabilities, please download our brochure: