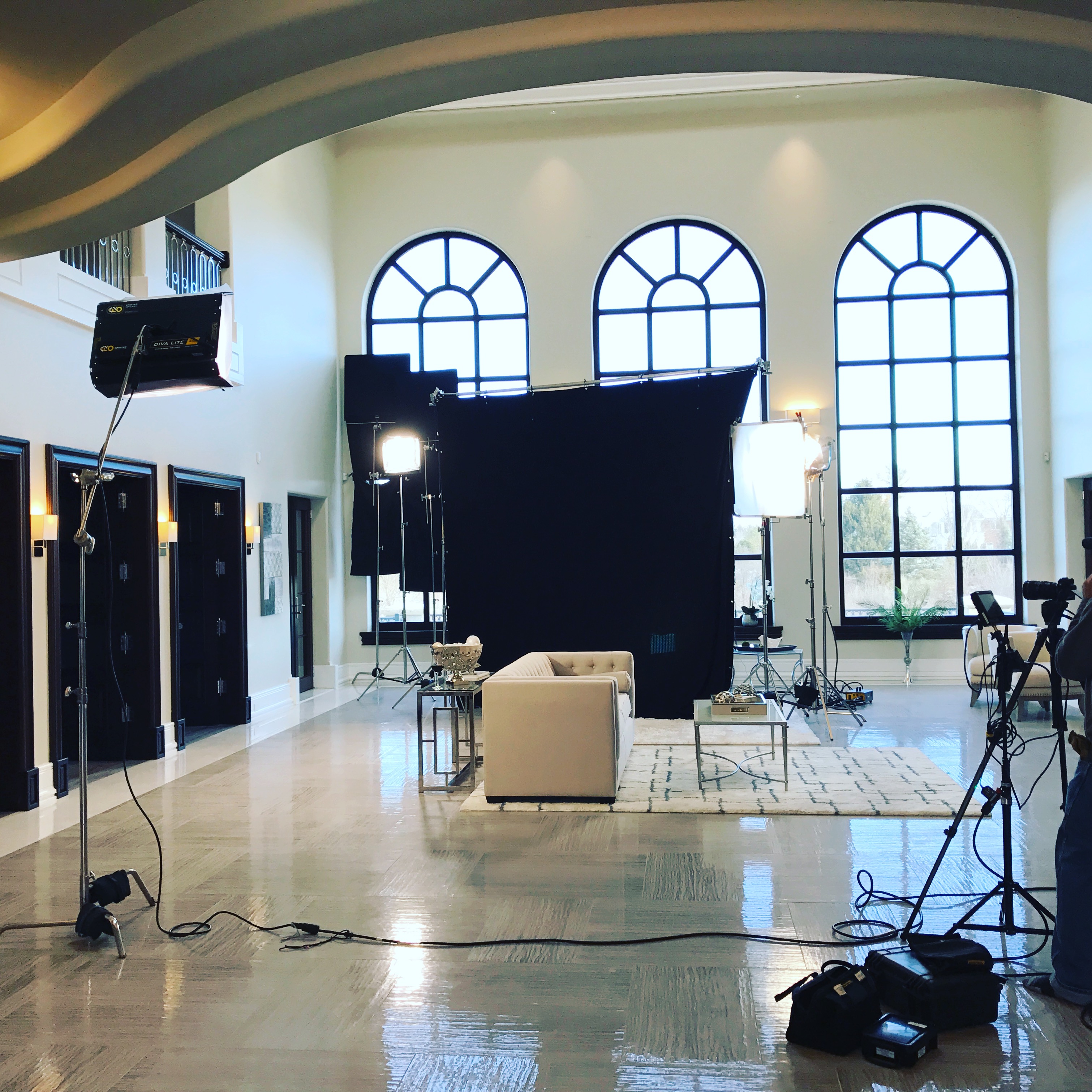 As a Chicago video production company, we’re always looking to push the creative envelope. Many would say it’s impossible but we were able to produce a complete TV commercial in Chicago and South Barrington with a cast and crew of 15 people…from concept to delivery…in a month! Here’s how we did it:

Derick Dermatology is a dermatologist with medical offices in the Northwest Chicago suburbs of Arlington Heights, Barrington, Crystal Lake and Lake Zurich. Shortly after the New Year, their team contacted us about producing a commercial in time to air during the 89th Academy Awards Oscars TV broadcast. The deadline for delivery of the TV spot to Comcast was exactly a month from the day we met. To come up with a concept, storyboard, script, assemble a cast and crew of 15 people, scout multiple locations, film, edit, color, and mix all within a month is no easy task but we were of course up to the challenge! We had worked with the Derick Dermatology team in the past and they’ve been an amazing partner. Whenever, we’re presented with a short turnaround project, the ability to communicate back and fourth with our clients quickly is paramount to meeting deadlines. The Derick Dermatology team was amazing and were always available any time of the day to quickly make decisions. Given the complexity of this project, we knew that having them as a client again for this short turnaround TV commercial project would be a perfect fit. Our client wanted to launch a new “Live In Your Skin” marketing campaign. It would include a multi-platform approach with digital, broadcast, and print involved. After presenting several concepts to our client, they came up with the idea of wanting to show a potential patient in everyday situations where they were clearly comfortable in their skin. We brainstormed different locations and were limited due to the time of year (January) in Illinois. We scouted several potential locations and were able to find a beautiful pool in Chicago, a warehouse space (also in Chicago), and a home in South Barrington where we could film the commercial. A huge thanks to the team at 73 East Lake in Chicago for being so accommodating to our talent and crew and Heidi Seagren of Jameson Sotheby’s International Realty in Barrington who coordinated filming in the South Barrington home. We also worked with our client to cast talent for five on-camera roles. All of the roles were filled in about two weeks. THE TIMELINE
With a month from first meeting to delivery, the turnaround on this project was quick. Within 10 days of our first client meeting, we provided a creative concept, storyboard, potential filming locations, talent selections, and script. After decisions were made at the creative meeting, we worked on finalizing talent contracts and negotiating locations for filming. We also worked with our voiceover talent on voicing the script before filming even occurred. That way, we had that part in the bag already. We filmed everything over a very busy two days. The day after the final shoot, we started on editing. All of the final scenes were selected, tweaked, colored, and sound was mixed. We worked over the weekend to get everything done. Post production was finished in five days.

The final spot was then delivered to Comcast for broadcast during the E! Live from the Red Carpet Preview party. We were hired to produce a real estate marketing video for a commercial property in downtown Chicago. 150 N Wacker is a high-rise building along the Chicago River with commercial tenants. Because of its location along the Chicago River, we were able to capture some beautiful shots of the property. Aerial drone video was captured from many angles with the Inspire One and a licensed pilot. Ground video was captured with our Sony A7Sii High Definition video camera and 3-axis stabilized gimbal.

In post production editing, we combined all of the footage and added some graphics in After Effects along with a music track. The video was digitally delivered and will be shown to real estate investors who are interested in purchasing the property.