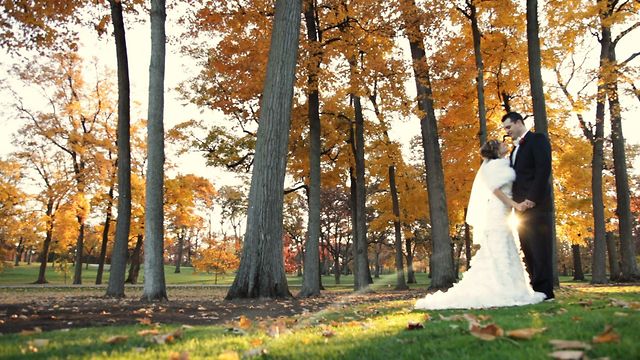 Nicole and Paul were longtime childhood friends. It wasn’t until recently, through the power of Facebook, they re-connected. As Nicole’s sister told the story, Nicole hesitantly accepted Paul’s invitation to go out and their fate was sealed when Paul planted a kiss on Nicole that night.

After doing a search online for Medinah Country Club weddings, Nicole saw Natalie and Dave’s trailer and fell in love with our style of storytelling and cinematography. Nicole and Paul were so supportive of our work and gave us full creative control. Being able to team up again with wedding photographer, Michael Rastall, was icing on the cake!