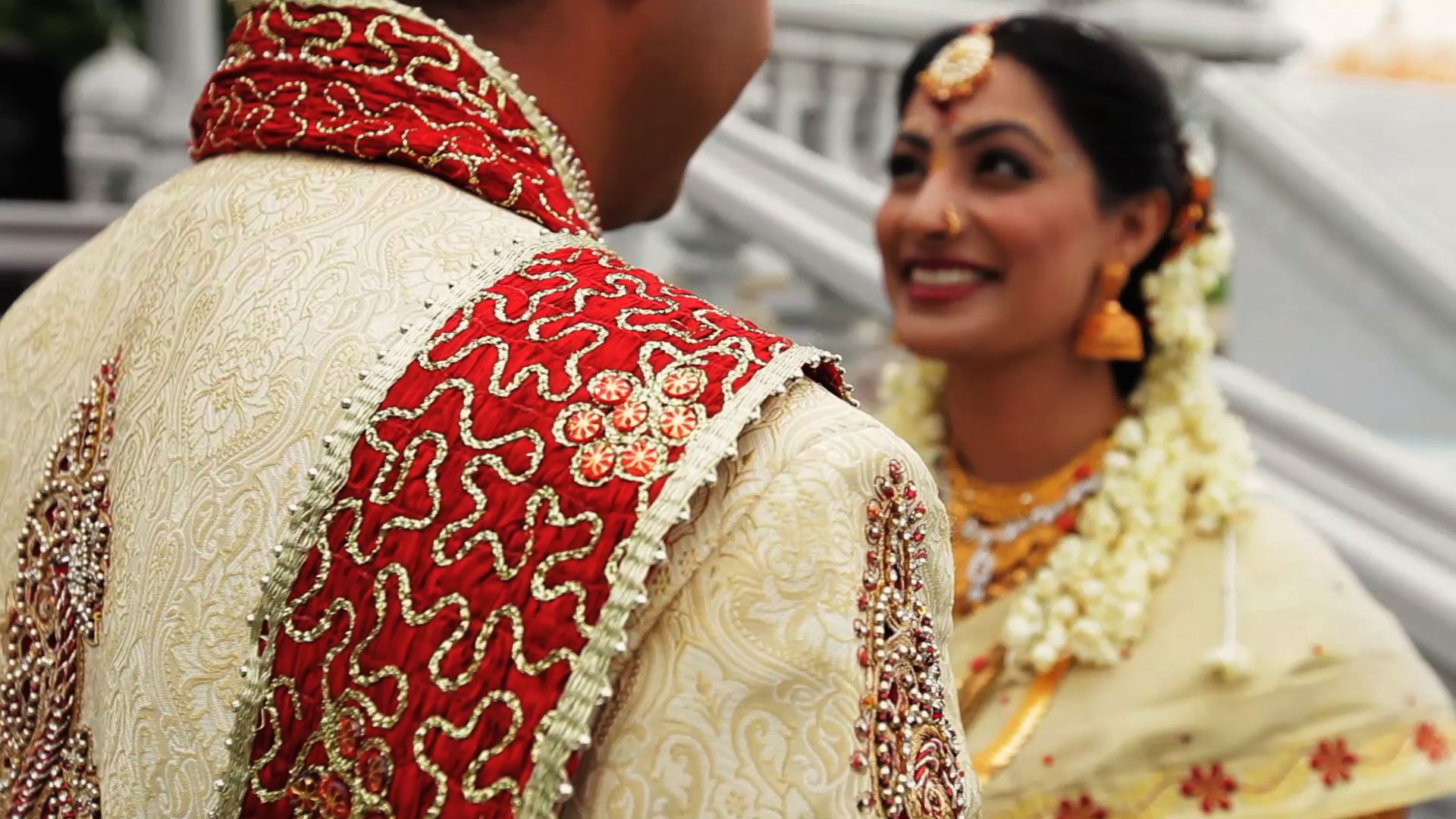 When I first meet with Seema and Amit to talk about filming their wedding, they told me about their ceremony location, which was the Hindu Temple of Greater Chicago in Lemont, Illinois. I started to think of how cinematic this location was. We’ve filmed outdoors at the Temple in the past, but never inside any of their buildings. Most people around Chicago have seen the Temple-either driving by it or in photos. It’s an amazingly beautiful structure. We brought in the camera crane to capture some aerial views of the baraat (groom’s procession) and exterior shots of the Temple. I believe this is the first wedding we’ve filmed, which included rituals from the Konkani culture. Each time we film an Indian wedding, the beautiful traditions remain as a centerpiece to the wedding day, which continues to be our focus of the trailer and wedding films we produce.

Throughout the two days of filming their wedding events, our crew of 9 worked seamlessly to put together a Same Day Edit trailer and show it at their reception to over 600 guests on two large 9’x12′ projector screens. The crowd watched in amazement as we included portions of the Sangeet, Baraat, Wedding Ceremony, and Reception in the trailer. It was a true highlight of the evening!

Seema and Amit, thank you for asking us to film your beautiful wedding events. We enjoyed meeting your family and friends. This will be a wedding and a couple we won’t forget…