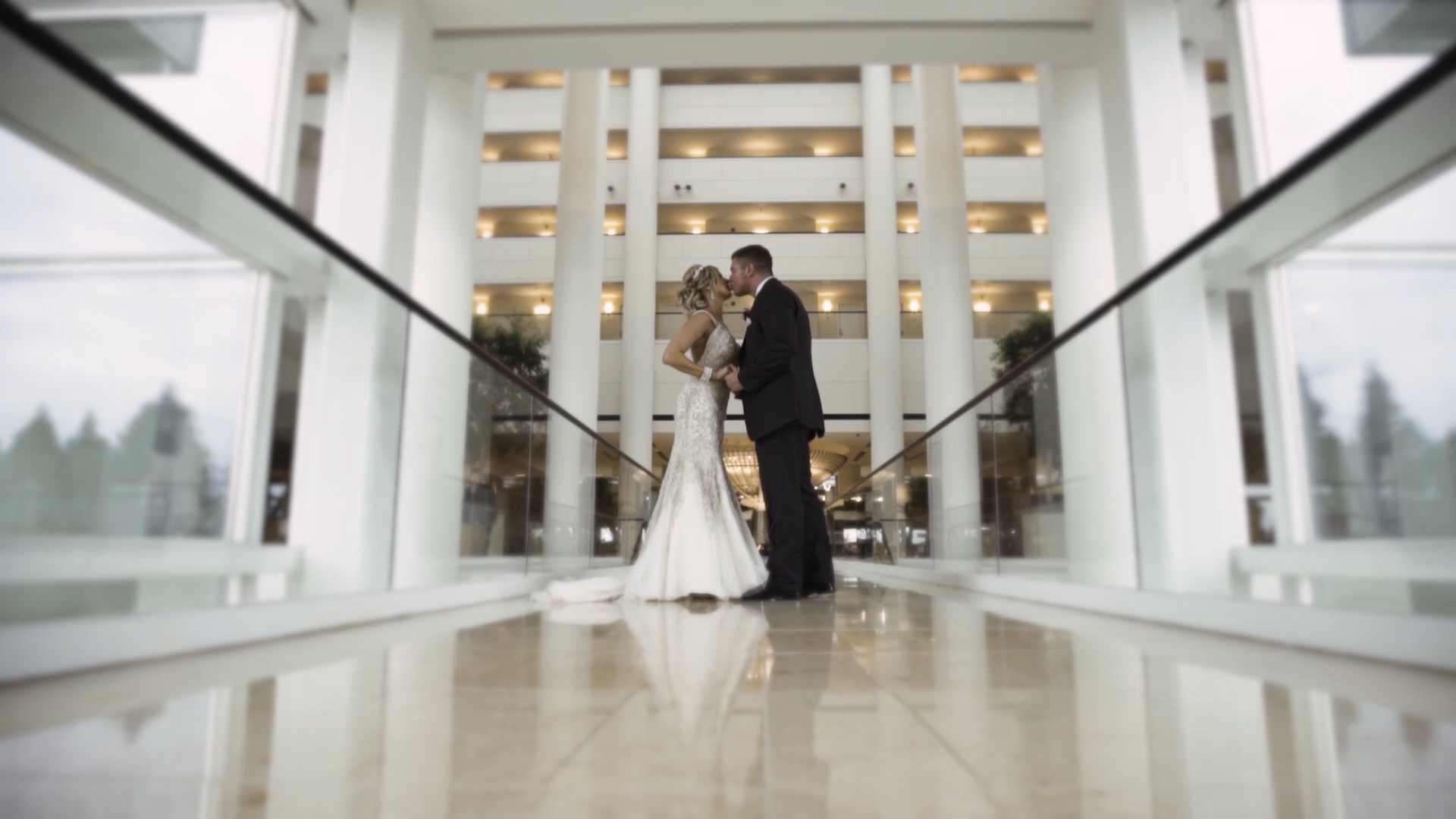 Alexis + Jawwad’s Chicago wedding at The Drake Hotel, Holy Family Church, and Millennium Knickerbocker Hotel was so much fun. Alexis and Jawwad met while attending the University of Illinois. Jawwad founded the finance fraternity on campus where he eventually met his Best Man and future Wife.

We are in love with how Alexis’ mom custom stitched the veil for her daughter’s wedding day. How beautiful is that!? We were able to film in some really neat places including The Art Institute of Chicago courtyard, Millennium Park, the St. Ignatius College Prep courtyard (which we saved for their wedding film).

When Jawwad was eventually ready to propose, he took Alexis through a series of scenarios that would make any girl think her boyfriend was going to pop the question…but didn’t. On the morning Jawwad was ready to ask for Alexis’ hand in marriage, he put the ring box in his pocket (in front of Alexis) and said they were going on a walk along Lake Michigan. They got to the end of the walk and no ring. Jawwad had booked a helicopter ride around Chicago. Alexis was surely thinking he’d pop the question then but no ring. Then, Jawwad booked a Dinner with her family at Trump Tower in Chicago. When the doors to the private room opened, they were their but no surprise. They got to the end of their night when their Dinner table was filled with roses, Jawwad got down on his knee and finally proposed to Alexis (who breathed a sigh of relief). Jawwad sure knows how to keep Alexis in suspense! So, without further adieu, we bring you Alexis + Jawwad’s Chicago wedding trailer!